Make yogurt with a yogurt maker in 9 simple steps

How to make yogurt with a yogurt maker?

Following these nine simple steps, you can make yogurt with the yogurt maker at home.

What is a yogurt starter?

The starter is a collection of bacterial cultures that will ferment the milk’s inherent lactose sugars into lactic acid, thickening and souring the milk simultaneously. There is a plethora of alternatives. You can use a basic store-bought yogurt with live active cultures or freeze-dried starter cultures, which look like powder. Store-bought yogurt is more straightforward, and you get some more yogurt out of it, but your options are restricted to what’s on store shelves. There are many options for freeze-dried starting cultures. I’ve had a positive experience with Cultures for Health goods. They sell primary yogurt cultures and cultures specialized in certain yogurt styles, such as Greek and Bulgarian yogurt and a few heirloom variants. Some of the heirloom varieties they offer are mesophilic, which means they work at room temperature (rather than the more common thermophilic cultures used in most store-bought yogurt, which require a warmer environment); this can take longer and often results in runnier yogurt than thermophilic cultures. During my testing, I got inconsistent results when creating some mesophilic cultures, as shown in the photo above. Some of the samples were divided into various layers of curd and whey.

Where to buy a yogurt starter?

This is the one to get if you’re searching for a no-fuss yogurt starter that produces thick, creamy, and fantastic yogurt. Our starter contains lactic acid bacteria extracted from natural sources in Bulgaria’s biologically conserved zones. It makes yogurt of outstanding quality, with a fragrance and flavor, unlike anything you can buy or prepare with any other yogurt starter. Our starter is highly long-lasting and does not require refrigeration during shipping. The freeze-drying procedure we employ ensures that the live bacteria are Active when you begin creating yogurt. The yogurt starter comes with simple instructions that provide success every time. With or without the use of a yogurt maker. Remember, making yogurt is simple!

What is heirloom yogurt?

Numerous heritage yogurts ferment at room temperature. Here’s an explanation of the distinctions between store-bought and heritage yogurt, as well as information on the several types of mesophilic yogurt cultures.

There are numerous heirloom yogurt cultures, each with a distinct flavor and consistency. They are from various places and are most likely the result of local variances in bacteria and yeast.

The yogurts that are most found include:

The most challenging aspect of making mesophilic yogurt is where to buy these types of starter cultures. You may always buy it online if you don’t know somebody who can share their culture. 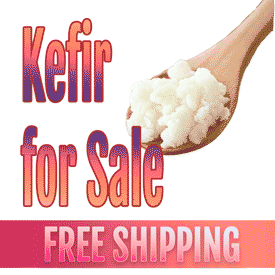